Sponsored by Valley Mushrooms (Friends of the Festival) 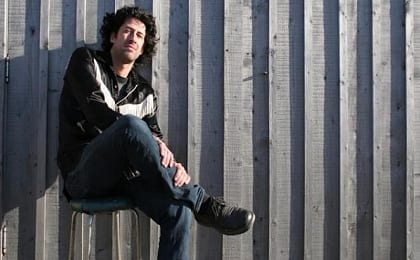 The New Brunswick-born folkster honed his performing chops by playing acoustic rock covers in bars with his former band, Rust Bucket, while quietly crafting original songs behind the scenes. Now with two solo albums – Aberdeen Street and Cluster Folk – Mike enjoys praise and accolades for his droll lyrics, original style, and smooth vocals. While sharing the stage with some of the best the East Coast has to offer, including Dave Gunning, JP Cormier, Jon McKeil, and Sherry Ryan, Aube holds his own and has proven that he is poised to become one of the Maritimes’ finest performing songwriters. Mike now calls the Annapolis Valley home and Deep Roots is proud to invite him to perform on familiar stomping grounds, where he will undoubtedly be welcomed by many admirers.