WOLFVILLE, NS – Once again there’ll be a marvelous blend of up-and-coming and tried-and-true performers on the festival stages the last weekend of September, at the Deep Roots Music Festival. Folk musicians and composers Jay Ungar and Molly Mason will return to Wolfville for the opening Main Stage on Friday night, September 27 to help Deep Roots celebrate its 10th anniversary. Jesse Winchester, a singer/songwriter with over 40 years in the music business, will be on stage Thursday night, Sept 26 at Kings Theatre in Annapolis Royal and on the festival Main Stage Saturday, Sept. 28 in Wolfville.

Another Festival Kick-Off event in Wolfville at The Al Whittle Theatre on Thursday night for those not going to Annapolis Royal will be a showing of the movie ‘Road To Baleya‘ which features Deep Roots performers Tannis Slimmon and her husband Lewis Melville. They will be on hand to answer any questions after the movie.

Also returning to Deep Roots Main Stage is Celso Machado, a Brazilian musician/percussionist who engages audiences in creating rhythms and soundscapes. He will also give a free children’s performance during the festival. Everyone is invited to participate in free morning workshops of crafts, singing, drumming and Wee Giant puppets, or to join the colourful Fresh Beats Rhythm Parade down Main Street in Wolfville at noon on Saturday. There will be free music at the Festival Tent and a Dance Workshop on Saturday afternoon at the Wolfville Market with ORO! Orkestra.

The Deep Roots late-night dance parties are particularly fun; they usually sell out early. Musician Dave Carmichael, who returns for his third year as Program Coordinator, is excited to have put together the makings of a wonderful Cajun/Acadian collaboration. ‘Unisson, from Clare District, are a great Acadian band. I can’t wait for them to meet David Greely from Louisiana.’ A licensed dance party ‘Cajun Heat’ at the Old Orchard Inn Barn on Friday Sept. 27 will include Unisson, Greely, and Montreal-based Cajun/Zydeco band Grouyan Gombo. The gracious hostess for the evening is writer-dancer-actor-author Georgette LeBlanc, from Baie-Ste-Marie who earned her PhD from l’Université de la Louisiane in Lafayette. Saturday night the focus is Blues at the Barn, with Ray Bonneville and one of the most original and exciting young bands on the scene today, The 24th Street Wailers.

Dave is also very excited about a couple community outreach programs being developed and launched as pilot projects this year. ‘We plan to have a band camp ‘Be in the Band’ program in association with Ross Creek Centre for the Arts with The 24th Street Wailers; as well as a songwriting workshop headed by Keith Mullins and Heather Kelday at Horton High School – with a performance on Saturday afternoon at The Clock Park Tent.’

Sunday morning’s Rise up Singing is a sing-along with Festival artists in support of the Wolfville and Area Food Bank; admission is by donation of cash or non-perishable food item.

The Festival Finale also features the presentation of the Valley Arts Award. This year’s winner has not yet been announced.

Deep Roots has always been known for the calibre of its talent and the number of opportunities for audiences and performers to enjoy ‘homemade’ music. The 10th anniversary is sure to be musical fun with something for everyone.

Tickets are available through any TicketPro outlet, including Wolfville’s Box of Delights Bookshop.

Source:  The Chronicle Herald – Stephen Cooke – Arts Reporter Wolfville’s Deep Roots Music Festival is ostensibly an event that celebrates the sounds of folk, both traditional and contemporary, in all its varied forms. But downtown passersby on Saturday might have been quicker to think of R&B legends Martha and the Vandellas’ immortal Dancing in…

The 10th Anniversary Deep Roots Music Festival line up is almost finalized and we’re excited about who is coming to town; bios and schedule will soon be posted. In the meantime, check out the confirmed performers who will be gracing our stages and gifting us with their music: Jesse Winchester Jay & Molly David Myles… 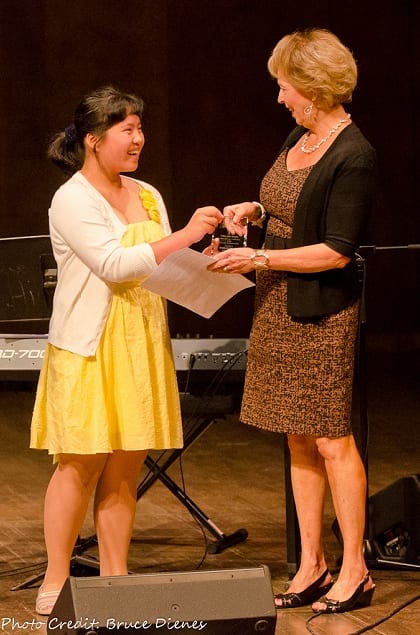 The Deep Roots Late Night shows are particularly lively and usually sell out early. Musician David Carmichael, who has booked the acts for this year’s Festival, is excited about the wonderful collaborations in the making. Both nights are going to be rockin’. “Cajun Heat,” a licensed dance party, happens at the Rafter’s Heritage Barn, Old…