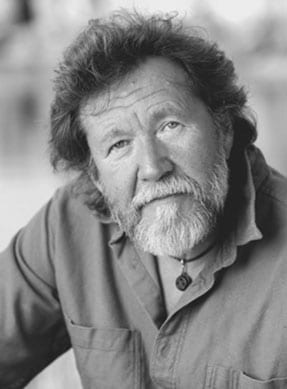 Never idle, with wide ranging interests and enthusiasms, Tom Gallant has produced a large volume of quality work in all mediums. This work is marked by a willingness to take chances, tempered by an understanding of what it means to communicate to an audience. The absence of public accomplishment in the eighties and early nineties is explained by Gallant’s fifty thousand miles of deep water sailing in his Nova Scotian schooner.

Tom Gallant’s poetry and prose has been included in many anthologies, and he has published a couple of books, one of those, “A HARD CHANCE, Sailing Into the Heart of Love,” won an Atlantic Book Award. As well as his work as a writer, he is a singer-songwriter of national reputation in Canada, and an actor/director whose work has been well reviewed in both theatre and film. He work is marked by one unifying principle… that love abides through all the hypocrisy, greed and foolishness, and that it is in simplicity, humility, and empathy that true greatness resides. He also keeps close to his heart, his Uncle Walter’s saying… “Anything in life that ain’t a mystery is sheer guesswork.”

As well as performing, Tom will be one of the Artists at Acadia talking about “A Life in Words and Music”.