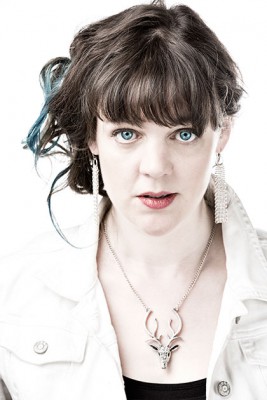 Amelia Curran, whose reputation as an heir to Leonard Cohen’s song writing throne was established with her first Juno Award winning album in 2010 (Hunter, Hunter), is one of Canada’s master contemporary songstresses. She has released a number of albums, in the process garnering several Juno and ECMA nominations, not to mention all the rave reviews along the way.

Her most recent album, They Promised You Mercy, was nominated for a 2015 Juno for Roots and Traditional Album of the Year. The album is poised, focused and raises the lyrical bar with its unrivalled eloquence; although previous albums were predominantly acoustic, this one moves into the realm of electric guitar but “folk” still underpins the music.

We look forward to bringing this fellow east coaster (Amelia is originally from Newfoundland) to our Deep Roots Music Festival stages.