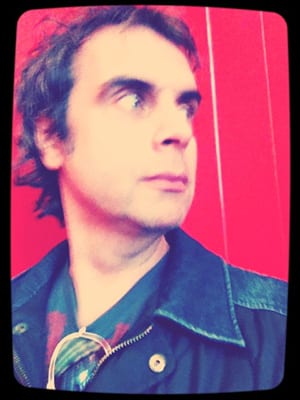 Andy Stochansky, Canadian singer/songwriter/multi-instrumentalist extraordinaire, now living in Los Angeles, started his musical career as a drummer (seven years with Ani DiFranco) and embarked on his solo career in 1999. He released 3 albums independently and 2 with RCA Victor. During his time with RCA Victor, Stochansky signed a publishing deal with Chrysalis Music where he stayed after making the career transition to that of songwriter.

His hit “Shine” from the album “100,” covered by 2003 Australian Idol winner Shannon Noll, debuted at number one on the Australian Singles Chart, and still holds the record for most weeks at Number One on the Australian Airplay Chart. The song was used as the theme song for the Commonwealth Games and featured in numerous films, commercials and TV shows, including “Oprah’s Big Give.” .

During the last seven years, Stochansky has been working in Los Angeles with artists located both in the US and internationally. He has written hits for dozens of artists … recently a Top 10 Billboard Dance chart single “Hyper Love” with Ferry Corsten. His latest co-write, “Flicker to a Flame” is featured on Marlon Roudette’s new album, “Electric Soul.” He also co-wrote Dragonette and Lenno’s latest single “The Best” and has many other upcoming cuts to be released soon. Stochansky co-wrote “Bulletproof Angel” with John Rzeznik which appears on the Goo Goo Doll’s most recent album Magnetic. He also co-wrote the song “Parachute” James’s Durbin¹s last single with WindUp Records. Andy also wrote 4 songs on JP Hoe’s new album, including the single “Beautifully Crazy”, out now on Maple Music.

And this year, Andy Stochansky will be Deep Roots “Artist-in-Residence” at The Ross Creek Centre for the Arts from Thursday onward, co-writing with several Deep Roots artists; a project that will, no doubt, reap some very exciting results.

Join us in welcoming this accomplished musician to Deep Roots Music Festival this year.