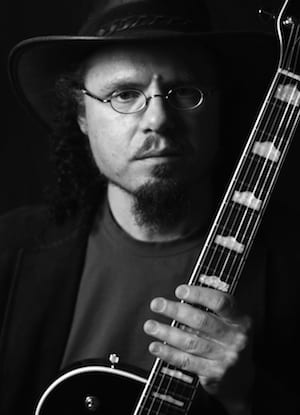 Since moving to the Annapolis Valley in 2005, Caleb Miles has established himself on the local scene as a formidable guitarist, singer, songwriter, multi-instrumentalist, and producer.

In 2005, Caleb moved to Nova Scotia expecting rural solitude and an early retirement from the stage. He found instead a rich and rocking community of musicians and fans with whom to share his talents. A fine singer, crafty songwriter, and incendiary guitarist who brings a lifetime of stage work and dedication to his passion wherever he goes, Caleb “runs the gamut of musical styles and moods, covering with tasteful wit the themes of death, lust, and the apocalypse…his songs creep up on you in the best way, clear and classic while at the same time cerebral and poetic.”

A dance party for everyone. Although we don’t really need a reason to party, Deep Roots want to acknowledge the volunteers who keep this organization going, and we want celebrate with Dave Carmichael, our Program Director,  as he turns 50.  He’s coming here from Montreal, where he lives, so we can do that celebration properly!…

The Deep Roots Music Cooperative experienced a very successful 2017 and we look forward to much more of the same in 2018.  Please join us for our AGM, Sunday January 21, 2pm to 4pm, at the Wolfville Farmer’s Market and join the discussion around what has been and what will be!   The 2018 Festival will take…

The Valley Arts Award is presented to someone who has made a significant, long-term contribution to the Arts in Nova Scotia’s Annapolis Valley. This year’s winner is Ken Shorley – a diverse percussionist who specializes in the hand drumming traditions of the Middle East and India. Though he’s been based in Wolfville for over 20…

If you were one of the audience members who put  this dynamic group on your list of “must see again” after their  amazing performance at last year’s Festival or if you missed that opportunity, your chance is coming up real soon. Tickets are available through Box of Delights Bookstore (call them or drop by the store). Tickets will…