Sponsored by: Paddy’s and Rosie’s 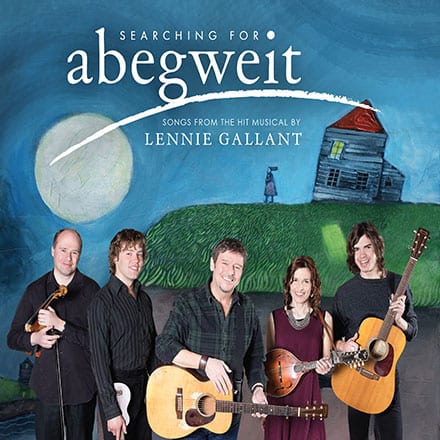 Searching For Abegweit: The Island Songs & Stories of Lennie Gallant

Woven around the music of the award-winning Island songwriter, this P.E.I. love-letter stars Gallant himself, and presents his folk, roots and pop music, alongside comedic stories, Island legends, and poignant tales in a multimedia format that utilizes film, and visual works from well-known painter Karen Gallant. This dynamic, energetic show is storytelling at its best and includes Acadian and Celtic numbers that will have you dancing in your seat in celebration of Canada’s cradle on the waves. The colourful spectacle will offer Lennie Gallant favourites such as ‘Peter’s Dream’ ‘Tales of the Phantom Ship’ and ‘Island Clay’ along with new Island-themed songs.

Searching for Abegweit has been hailed as a runaway theatrical hit with a solid track record of 120 full house performances. The accompanying album, Searching for Abegweit, contains all of the musical numbers from the live production, and has recently been nominated for a 2017 East Coast Music Award for Folk Recording of the Year.

Lennie Gallant, a native of the Acadian village of Rustico, PEI, over a long and successful career, has recorded eleven albums [9 in English and 2 in French] which have won him a host of awards and nominations from Junos, East Coast Music Awards, and Les Prix Eloizes. He was honoured with a 2015 Canadian Folk Music Award for his recording “Live Acoustic at The Carleton,” and most recently, has been nominated for the 2017 ECMA’s Fans’ Choice Entertainer of the Year. He was awarded the Order Of Canada for his contribution to Canadian culture, and has shared the stage with symphony orchestras, as well as many other well known artists.

Deep Roots Music Festival is thrilled that Lennie is bringing his show direct to us … thanks to the support of Atlantic Presenters Association, RADARTS, and Canadian Heritage’s Canada 150 Program.