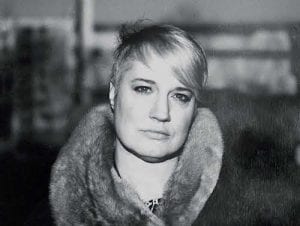 Erin Costelo performs in its entirety, one of the most loved albums of all-time:  Carole King’s “Tapestry.” For those of you old enough to remember, Tapestry was Album of the Year back in 1972, and has sold over 25 million copies worldwide.  Erin will cover these songs, as well as draw from her own repertoire of impressive, award winning, songs.  With a voice unlike any other in Canada, Erin has the ability to successfully float between genres and stages, her unwavering vision continuously offering the best sound and voice to a feeling, idea or story.

Erin has released four albums.   Her latest (self-produced): “Down Below, the Status Quo,” recently won Solo Recording of the Year at the Nova Scotia Music Awards and is nominated for FOUR ECMAs.  A magical, moonlight-soaked reverie, filled with drama and intensity … in one moment a defiant cry and in the next a desperate whisper, this most recent offering has been described as “embodying the spirit of Nina Simone” and “conjuring the ghost of Donny Hathaway”.

Erin has shared bills with Mavis Staples, Dr. John, and Bettye LaVette, as well as appearing on Joel Plaskett’s latest release, The Park Avenue Sobriety Test, and joining him for his performance with the National Arts Centre Orchestra.

Tickets, $22.00 plus applicable taxes and fees, are available on line through Ticketpro and at the following outlets:  Cochrane’s Phramasave, Wolfville; Wilson’s Pharmasave, Kentville and Berwick locations;  Windsor Home Hardware.

Doors on February 9th open at 7:00 PM.  Beat those winter blahs and get yourself down to the Al Whittle Theatre for a uplifting night of music!

Still some great evenings of music coming up in this joint venture.  Have you checked it out yet?

This was inevitable!! Friday night’s Erin Costelo Sings Carole King’s Tapestry Concert sold out but we’ve been able to add a second one so don’t delay on this one.

The Deep Roots Music Festival is delighted that Canadian Music Hall of Fame inductee Jim Cuddy will kick off this year’s 15th edition at University Hall on Thursday, September 27th.  2017 Juno Award winner William Prince will open for Cuddy, and also give an intimate talk on Friday, September 28th as our Artist@Acadia in the Garden Room,…

Although the assistant festival coordinator position has been filled, another exciting opportunity has become available.   Deep Roots Music Cooperative has been awarded funding to hire an ASSISTANT DEVELOPMENT COORDINATOR  for the summer of 2018. Are you a student returning to full time studies in the fall and interested in joining our dynamic team?