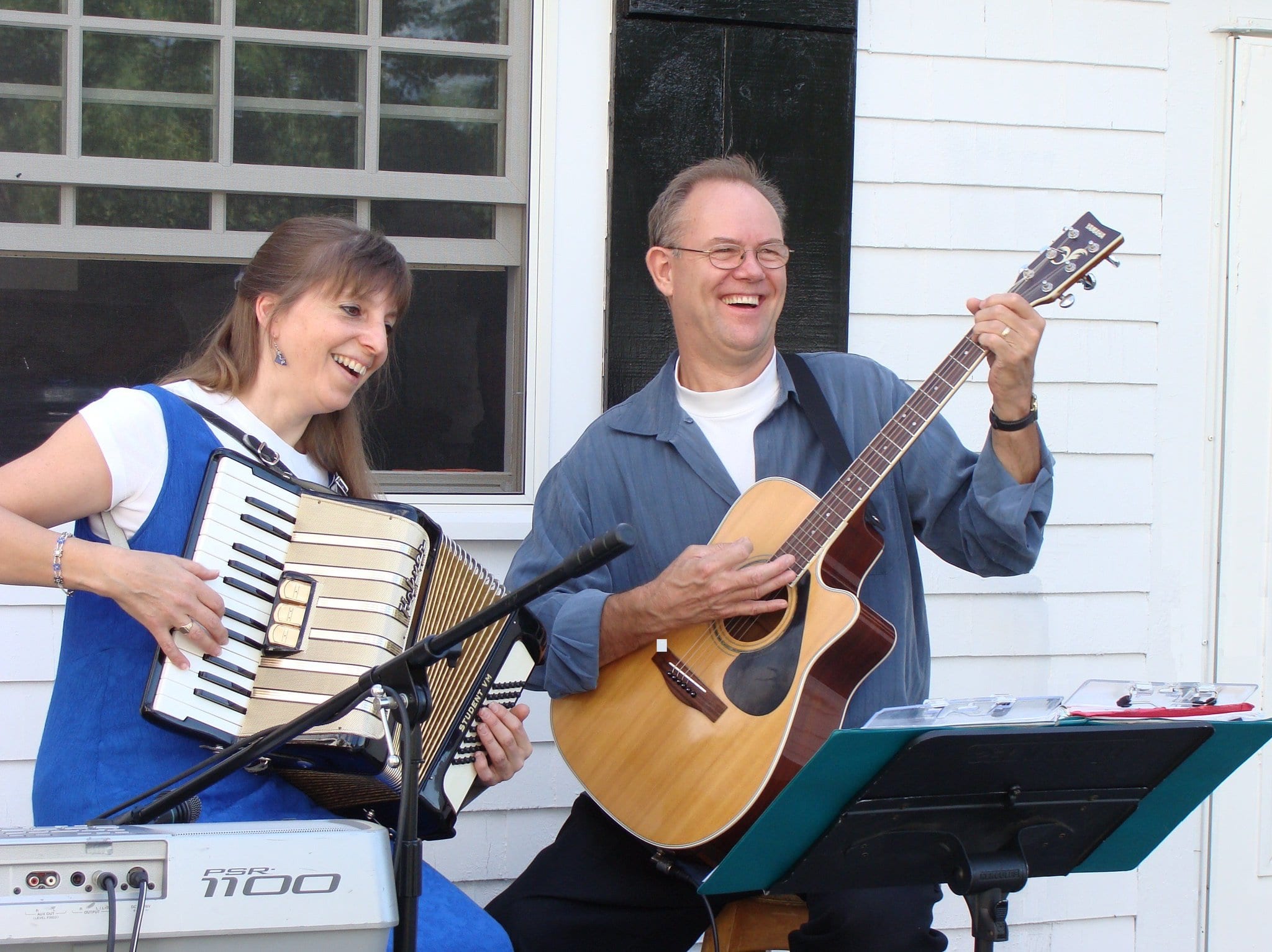 Donna Rhodenizer and Andy Duinker are the international performing duo, Donna & Andy. Their musical excellence has been recognized with a Juno nomination and multiple ECMA awards.

Donna & Andy have performed for over 600,000 audience members at schools, festivals and stages throughout Canada and overseas, entertaining children and families with an interactive musical performance using fiddle, accordion, keyboard, guitar and even a Newfoundland Ugly stick. Their signature vocals, instrumental diversity, comedy, and lots of audience participation guarantee an enjoyable performance for all.

Their recordings for children have received multiple provincial, regional and/or national nominations and awards:

At this year’s festival, this duo will entertain all the children, young and old!

Sponsored by Friends of the Festival Sat., Sept. 28, 12:15pm: Magic on a String, Festival Tent Maritime Marionettes, founded by partners and puppeteers Heather and Darryll Taylor, has been entertaining families in Canada and abroad since 1986. The Taylors bring traditional and original stories to life with exquisitely made and skillfully manipulated wooden marionettes. The company creates…