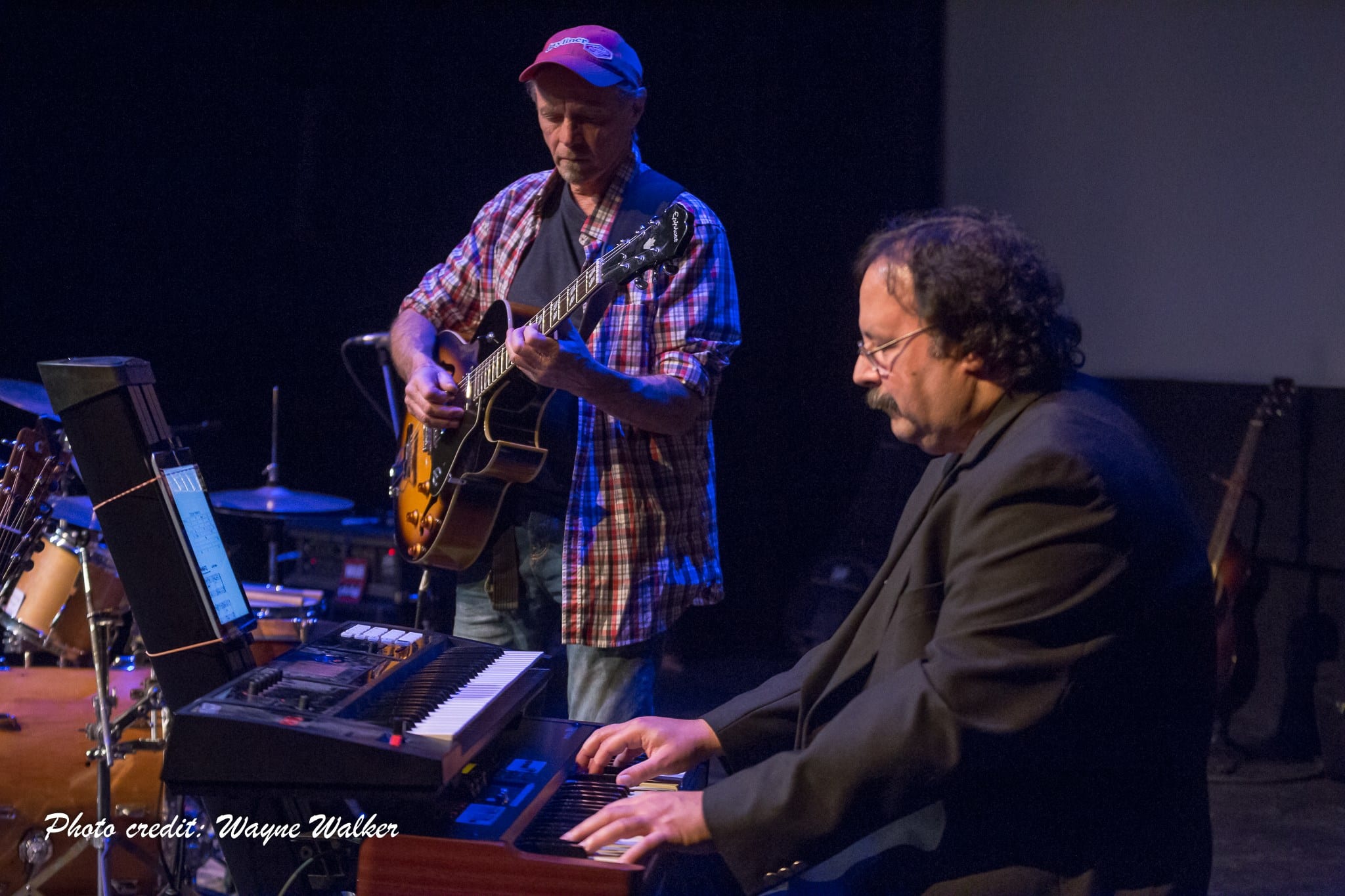 Steve Lee is yet another product of the St. FX Jazz program. He has been playing and teaching guitar and music theory in the Annapolis Valley since the 1990’s…sounds like a long time but as a musician, there is always more to learn and new people to work with.

For the last couple of years, he has been working with the fabulous keyboard player and recording engineer Bob Federer.  Bob Federer has been playing keyboards most of his life. He has toured across Canada, played with the likes of Anne Murray Band, Lenny Breau and Oscar Peterson.  In the early 1980’s,  Bob became a session player and recording engineer.  He founded Round Sound Recording Studios, and carved out a recording and musical legacy.   For more than fifteen years, he created the music for many broadcast television shows that included, just to name a few, Night Heat, Top Cops, Counterstrike, Blue Jays baseball.

Steve Lee and Bob Federer bring a sense of adventure to every gig and convey the joy of performance with each and every outing. You can find some of their new recordings on YouTube,