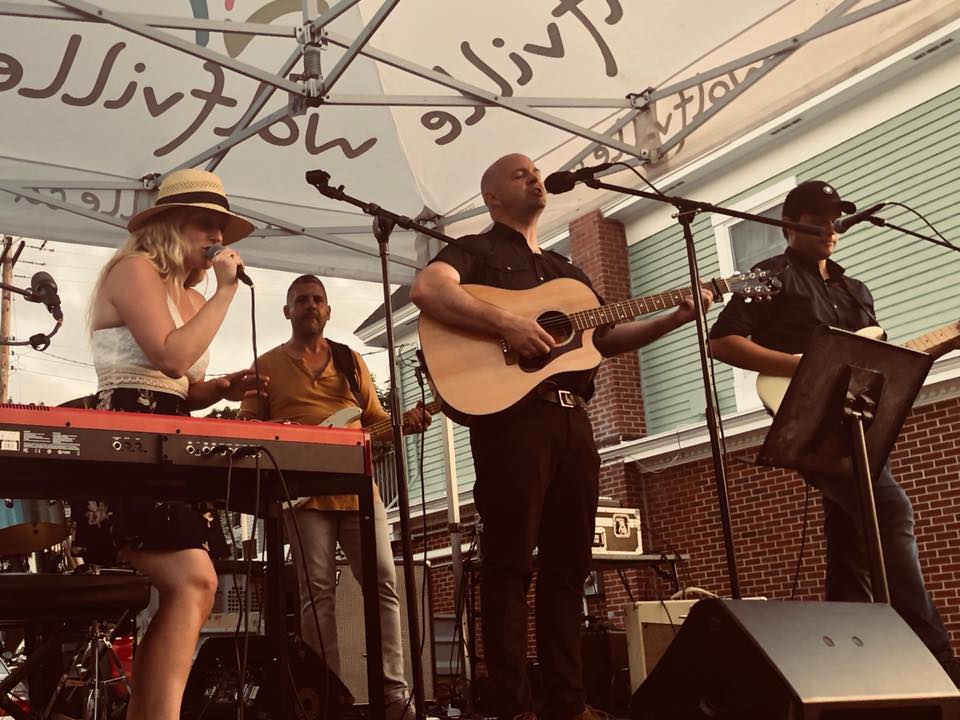 The Sundries are a country music band from the Annapolis Valley in Nova Scotia, Canada. The band consists of professional musicians, who have literally logged thousands of hours playing all different styles of music around the world: everything from bluegrass to jazz to pop to classical music.

They have united in their collective love of country music to create a band that not only showcases high-level musicianship, but also creates a sound that will get everybody moving – a high energy night of old country, new country, and “countryish” other songs played at a very high level.

As implied by the name, each member is distinct and brings unique abilities to the group, but no one member is more important than the other.

Be prepared to move … a lot … to the music of this compelling group of musicians as they take part in one of Deep Roots Music Festival’s late night parties!

Sponsored by Friends of the Festival Thurs., Sept. 26, 3:30pm: Church Brewing Co Sat., Sept. 28, 10:00pm: Paddy’s Pub Steve Lee is yet another product of the St. FX Jazz program. He has been playing and teaching guitar and music theory in the Annapolis Valley since the 1990’s…sounds like a long time but as a musician,…