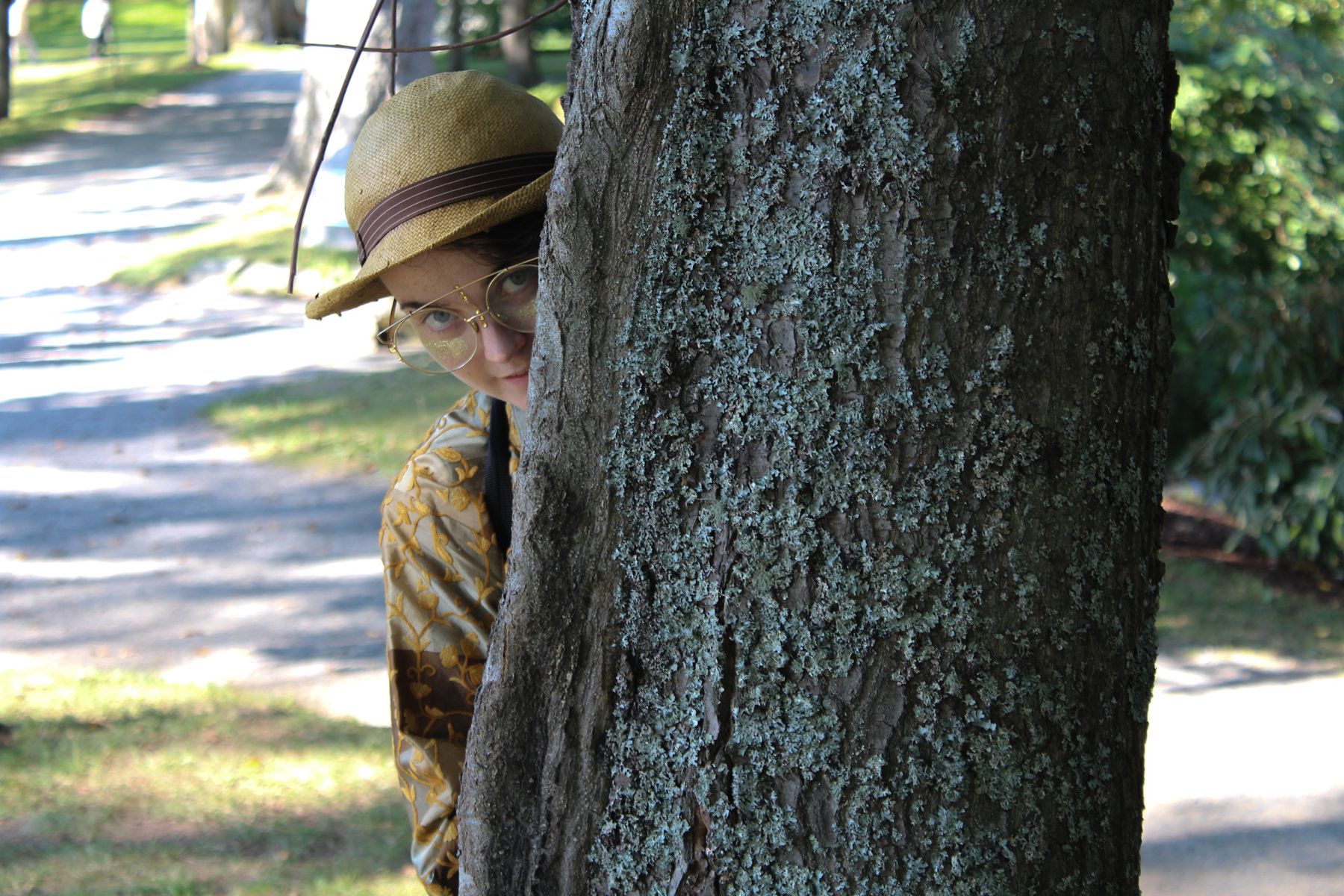 Just Micci is an anti-folk singer-songwriter from a small Acadian fishing village in rural Nova Scotia. Micci often finds inspiration from nature, the environment and love. When performing live, Micci’s weapons of choice are the ukulele or the piano.

Although Micci grew up in a small town, it was rich in culture and the arts. Their grandmère founded “La Baie en Joie” which is a traditional Acadian step-dancing group, their mother ran a children’s choir and teaches piano. Their grandmère would always say, “Now all we need is theatre”. Those wishes were fulfilled when Micci developed a strong draw to theatre and began writing children’s musicals. They now put them on as summer theatre camps for youth in the Annapolis Valley and the French shore. “Theatre, the art of storytelling and getting to connect with the campers for the past 8 years hugely influenced my music and gave perspective to my values and principals. You cannot work with children and not be held accountable for your actions and beliefs.”

Micci has performed at many festivals including Evolve, White Rabbit, Black Rabbit, Praxis the Mi’kmaq Acadian Festival as well as bars and house concerts in the East Coast and Toronto. Micci now also shares much of their music through streaming on their “Just Micci” Facebook and Instagram pages as well as on YouTube and patreon.com/justmicci. No matter the size of the stage, Micci’s storytelling and music feels intimate and it will draw you in. Dancing effortlessly between poetry and music, Micci’s weaves through songs of love, deep care, nature and connection. Micci released “Beelonging” about a year ago, released a piano instrumental EP “Summer Interlude” July 14th, 2020, shared multiple singles and is now envisioning their next album, “La mer ma mère” to release in 2022.