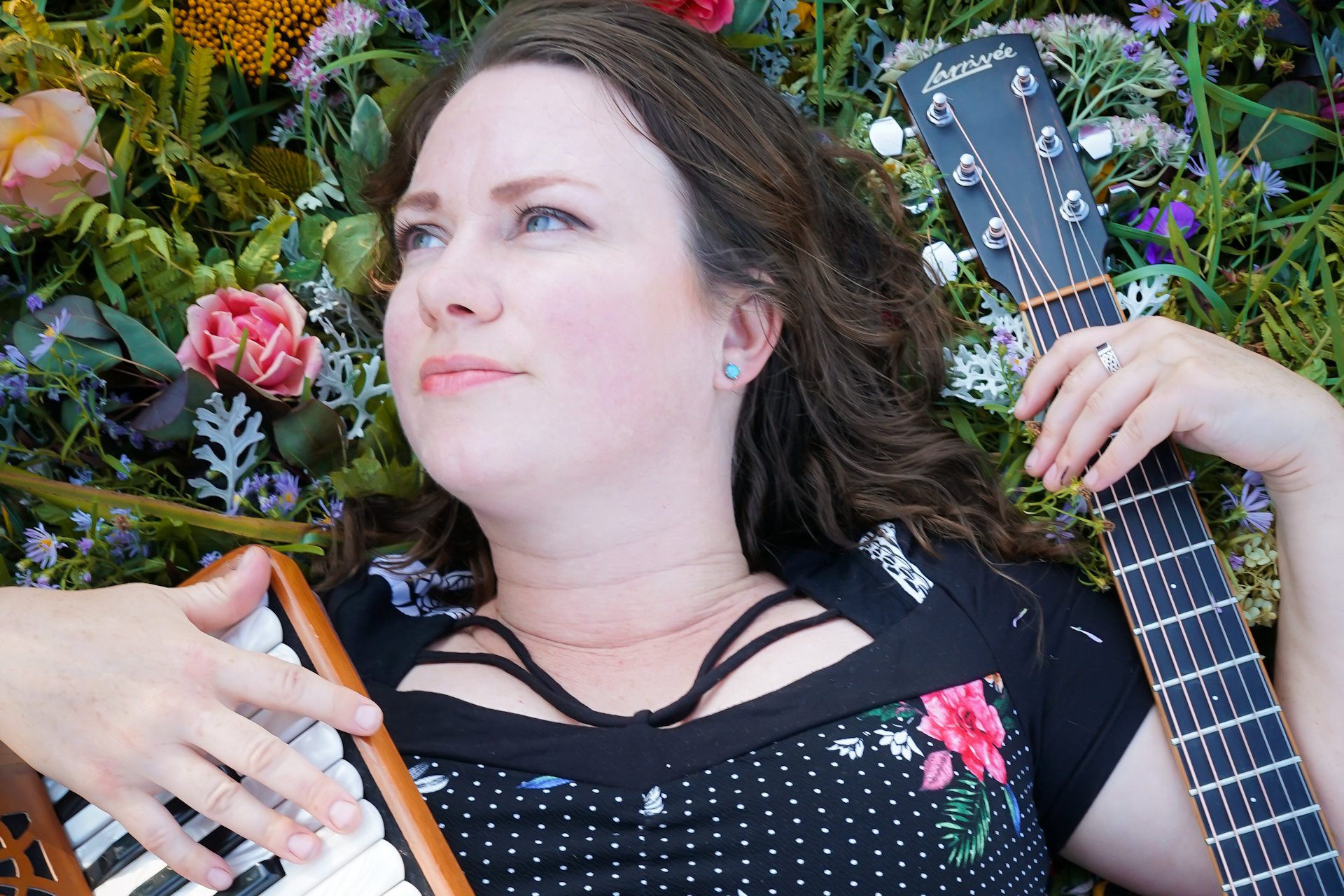 Mary Beth Carty, of Antigonish County, is an accordion player, guitarist, and singer who paints a musical canvas with a broad palette of roots-music motifs, fusing traditional song, instrumental tunes, and songwriting. She also wields a collection of pocket-sized instruments, including the rhythm bones. Mary Beth was one of 21 Atlantic Canadian artists commissioned to write a song for CBC Radio’s The Story and The Song 2021. This past May, Mary Beth released Mo Mhàthair, a single in Scottish Gaelic, a reimagining of a song written in the 1920s.

Over her long-spanning career, Mary Beth has had the opportunity to perform in North America, Europe, and Africa. Her debut solo album, 2017’s Les biens-nommés, earned nominations at the NSMA’s and the ECMA’s. In 2009, she was nominated Traditional Singer of the Year at the CFMA’s for her album Voici… Bette & Wallet. Mary Beth’s voice has been described as passionate and mesmerizing.

In addition to being a unique and captivating solo artist, Mary Beth is in demand as a guitar accompanist for fiddlers and has performed with many of the best. She is known for her distinct, rhythmic style and keen ear. In 2020-2021, Mary Beth did a five month ‘artist residency’ at The Gaelic College, where she taught online classes in step dance, set dance, & guitar accompaniment, and participated in their Wednesday Night Ceilidhs. An all round artist, Mary Beth often does her own cover art images and

Keep an eye out for Mary Beth’s upcoming album! 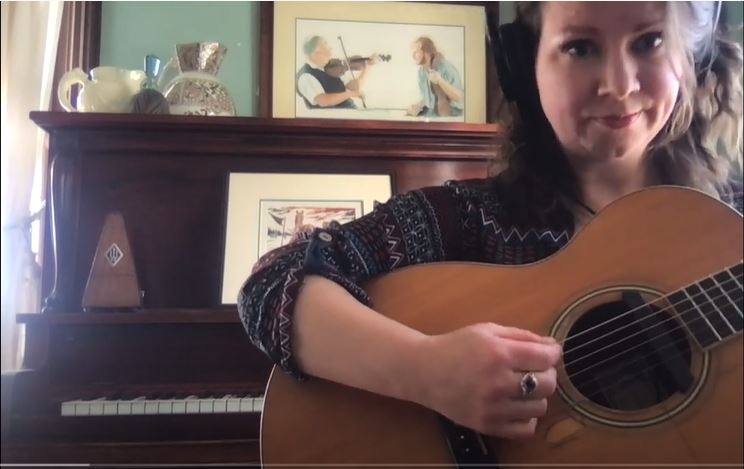