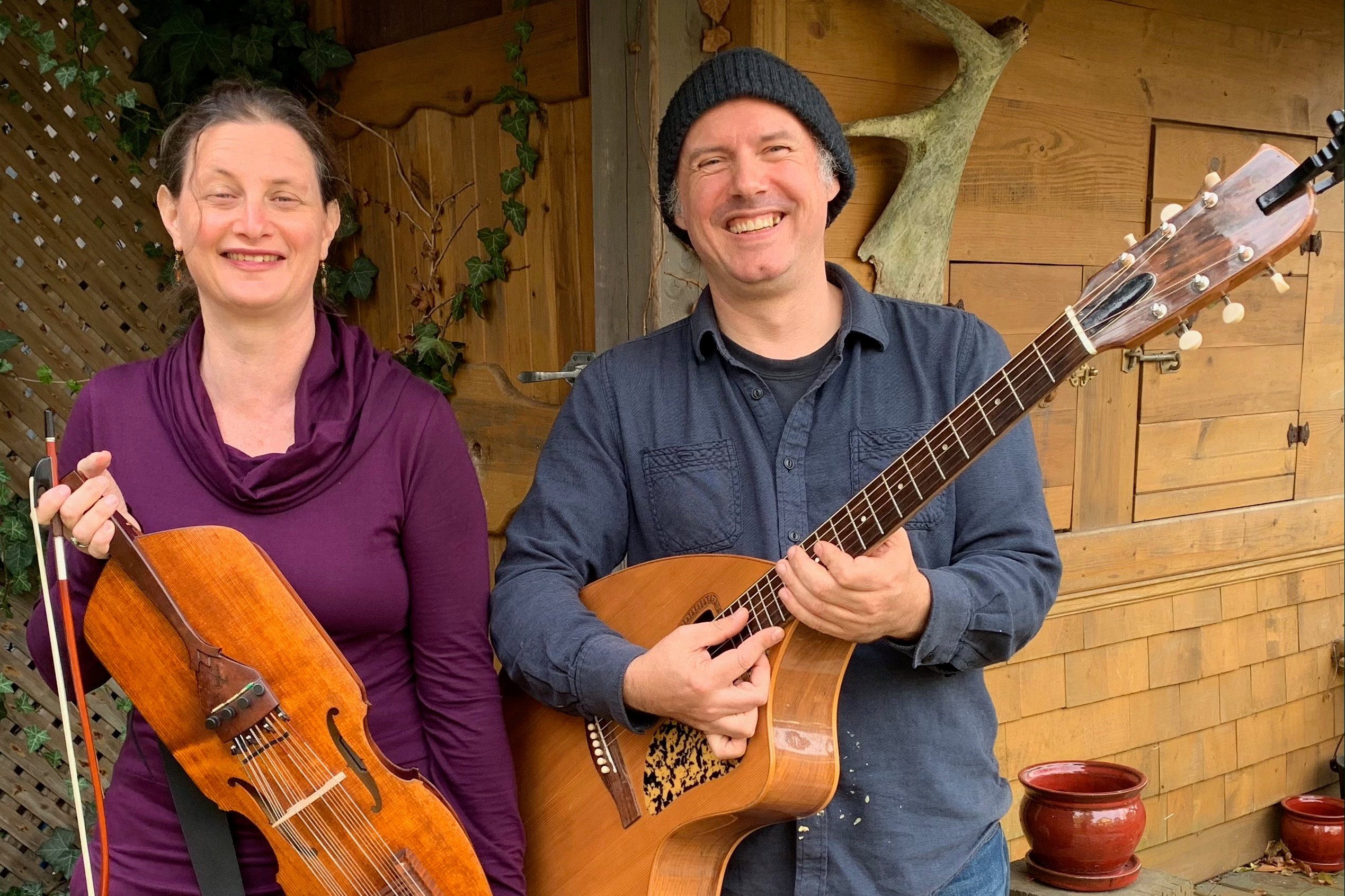 Formed in 2018 the Spruce Larks are Kirsty Money (nyckelharpa) and Jude Pelley (guitar, mandolin, bouzouki) Kirsty comes from a Classical Music background and Jude from a Folk one. The melding of playing styles and musicianship has led the duo to explore numerous folk genres, including Scandinavian, Celtic, as well as their own compositions.

Projects for the new Maritime duo have included working with the Manning Chapel Choir in Wolfville, The Bordertown Music Festival in Sackville NB, Inner Space Concerts in Halifax, Musique Royale, and a musical residency with The Deep Roots Festival in the fall of 2020.

The duo is excited to release its debut album “Out of the Nest” in September 2021, the result of a program that was recorded for Musique Royale in Port Williams in July of 2020.

Kirsty Money
Originally from BC, Kirsty Money studied violin with Sydney Humphreys at the Victoria Conservatory of Music, and has further degrees from McGill and Western Universities, as well as her LRSM (UK). Currently she is a member of the first violin section of Symphony Nova Scotia. However, Kirsty plays more than just modern violin.

Kirsty’s interest in Early Music and living with the Folk traditions in Nova Scotia, has also inspired her to take up playing the Swedish Nyckelharpa, an instrument dating from Medieval Northern Europe. Since 2015 she has been studying the instrument and it’s Folk repertoire from Sweden intensely. Through grants from the Canada Council and Arts Nova Scotia she has been to Nyckelharpa workshops and festivals in Sweden, the UK and Germany. Principal mentors include Olov Johansson, Josefina Paulson, Magnus Holmström, David Eriksson, and Vicki Swan. Kirsty’s intention is to bring the amazing depth of sound and versatility of the nyckelhapra to audiences in Nova Scotia, and indeed to the rest of Canada.

Jude Pelley
Born in Carbonear, Newfoundland, in 1975, Jude Pelley has been a musician since taking up the guitar at the tender age of 12. Taught by his father, who is a veteran of Nfld. folk rock bands Red Island, Figgy Duff, and Rawlins Cross, Jude has been working professionally as a musician since the mid-1990s. His musical projects and groups have included two-time ECMA winning bluegrass band Exit 13 (Bridgewater, NS), medieval and early music groups Ensemble a Part (Wolfville NS), and Banquo (Victoria, BC), as well as working with Juno winner Amelia Curran (St. John’s, NL) as both multi-instrumentalist and producer/recording engineer. After spending a decade working with flautist Charlie Wilson, as part of the instrumental duo Pennybrook (LaHave, NS), Jude is now residing in the Annapolis Valley area of Nova Scotia for the summer months, and Vancouver Island, BC, for the winter months. His current projects include working with BC singer/songwriter Katrina Kadoski (Sooke, BC) on her much-anticipated second album, and working on a double album of his own original material, to be released in 2021. 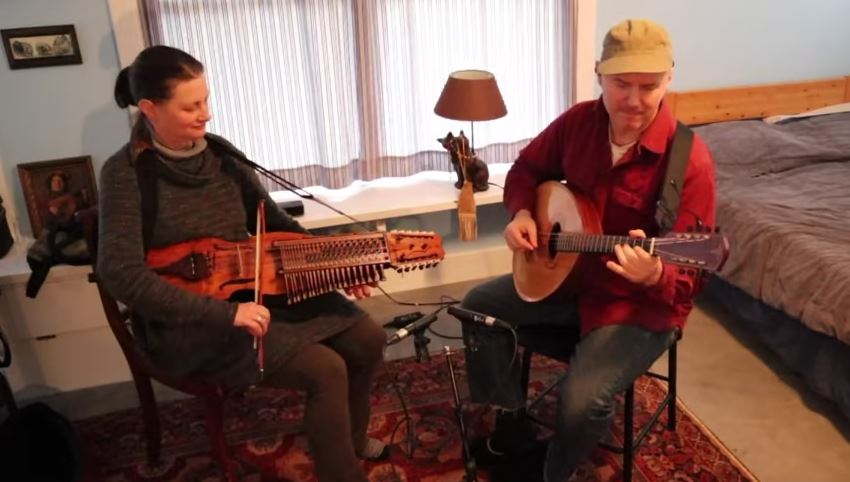