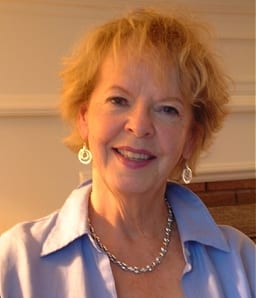 Barbara Hansen, a native of Edmonton, Alberta, received her Bachelor of Music in Piano Performance from the University of Toronto studying with Pierre Souvarin and accompanying with John Coveart and Anton Kuerti. She also has an ARCT in Piano Performance from the Royal Conservatory of Music. As a teenager she attended the Banff School of Fine Arts on scholarship studying piano with Boris Roubakine.

Hansen has a long association with Acadia University as an accompanist, examiner, and a staff member of the Summer Piano Camps. She maintains a piano teaching studio and is active as an adjudicator and an examiner. She is a member of the NSRMTA and the Canadian Federation of Music Teachers.

In 2008, the NSRMTA awarded Hansen “Teacher of the Year” (the first teacher to receive this honour in Nova Scotia). Many of her students have won awards in local, provincial, and national competitions and several have gone on to Professional Careers in music.

Source:  The Chronicle Herald – Stephen Cooke – Arts Reporter Wolfville’s Deep Roots Music Festival is ostensibly an event that celebrates the sounds of folk, both traditional and contemporary, in all its varied forms. But downtown passersby on Saturday might have been quicker to think of R&B legends Martha and the Vandellas’ immortal Dancing in…

Deep Roots Music Festival (10th year Anniversary) planning is underway and the Kick Off Celebration happens March 22nd, 2013. Join us for an evening of music with Trip A Lady, Ian Sherwood and Kickin’ Mule Blues Band and a silent auction. See the Poster [PDF format] for more details. If you have a SILENT AUCTION…

The annual Deep Roots Music Cooperative AGM will be held on Sunday, January 29th from 2:00 to 4:00 PM in Studio Z at the Al Whittle Theatre. All members are invited to attend.

For Immediate Release: (Wolfville, NS – July 7, 2010) Deep Roots Music Cooperative received submissions for Emerging Artists ‘UNEARTHED’ from as far afield as Winnipeg and Connecticut. Open to musicians’ aged 14 to 25, ‘UNEARTHED’ offers 3 days of workshops with industry professionals, a performance at Festival Theatre in Wolfville as part of Mud Creek…

Want to help? Our newsletter co-ordinator is going on a sabbatical. If you think you could volunteer to help us get our monthly newsletter compiled and sent out once each month, please contact our volunteer co-ordinator, Lisa Hammett Vaughan – . The newsletter goes out every month at approximately mid month. The copy deadline for…