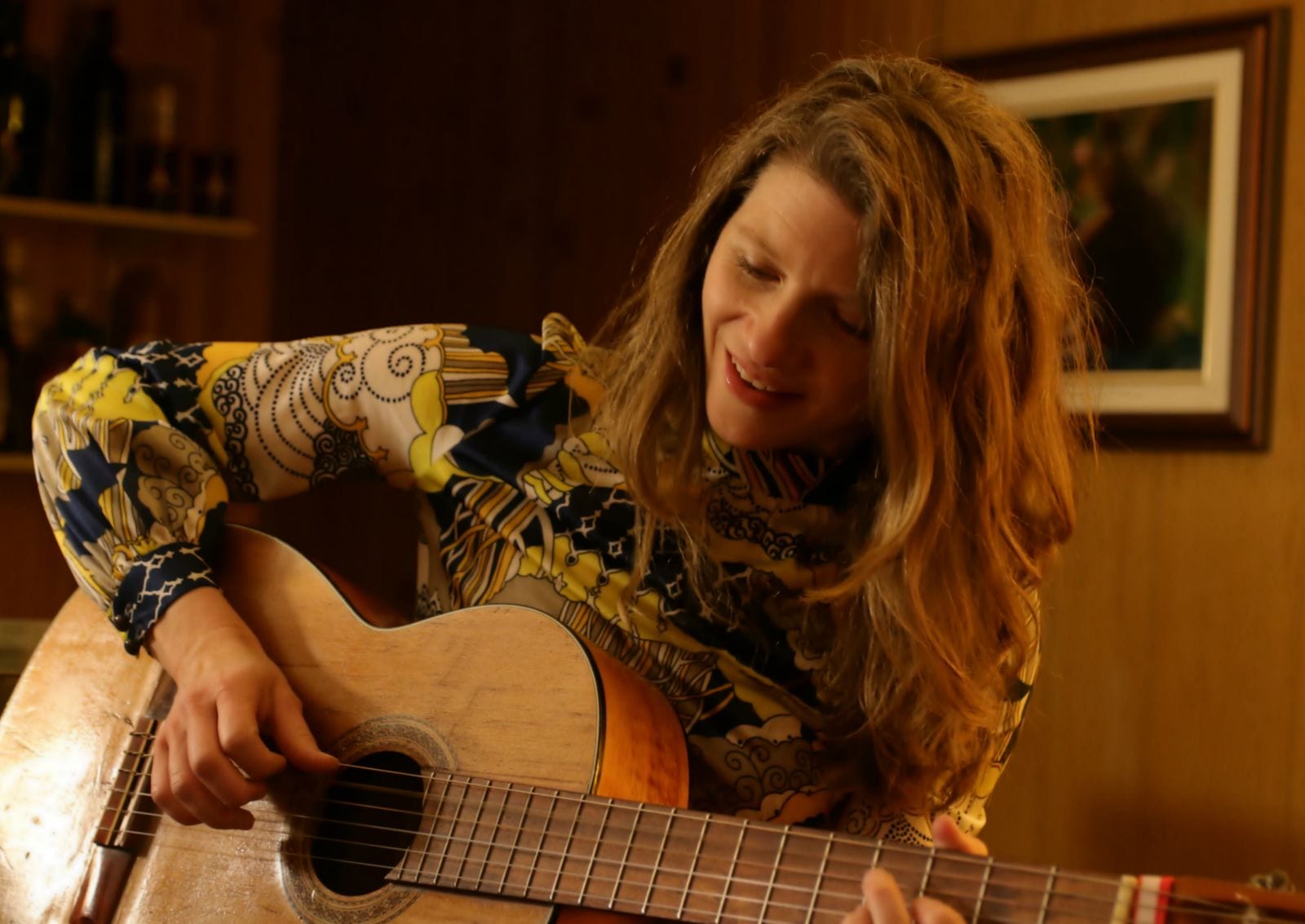 Terra Spencer spent much of her youth in a basement in Summerville, Hants County playing piano and secretly strumming her granddad’s guitars. Since 2014, she has taken the odd break from her job as a funeral director to perform with acclaimed folk-country artist Ryan Cook, including a recent tour of Ontario, the UK, and Europe.

A newfound passion for songwriting led to a flurry of YouTube videos; co-writing with Ryan for his award-winning 2017 release, Having A Great Time (musical collaborations with friends that also included David Francey and Gabriel Minnikin); and a busy year of solo shows around Nova Scotia.

Terra co-produced “Other People’s Lives,” her 2019 debut album, with Jake Smith at Moe’s Place near her home in Windsor, Nova Scotia. It weaves threads of nostalgia, heartache, and new beginnings with Terra’s instrumental skills and signature storytelling, described by David Francey as “open-hearted, insightful, and eloquent.”

We’re delighted to bring Terra back to Wolfville stages as part of Deep Roots Music Festival 2019,

Sponsored by Friends of the Festival Sat., Sept. 28, 2:00pm: Deep Roots Open Mic, Festival Tent Scott Marsters is a pillar of the Wolfville music scene. When he’s not playing lead guitar or bass, or singing background vocals in numerous other Nova Scotian bands, Scott steps into the role of songwriter.    His first album was released…